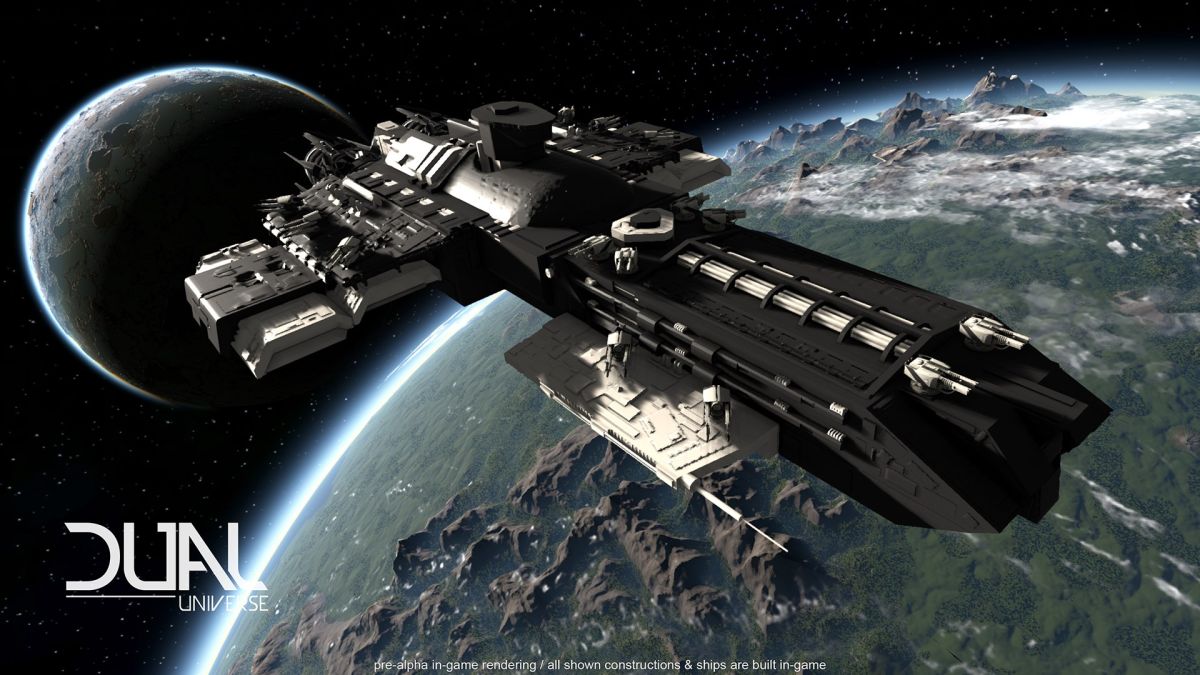 Dual Universe is a ridiculously ambitious MMO that wants to do it all. Players can colonize uncharted planets, built settlements, go to war, build trade empires, and shoot each other to bits in space. It’s that final bit that Dual Universe’s latest trailer focuses on, showing two fleets battling in orbit above a planet.

To be honest, it kind of looks like every other space dogfighting game, which is to say there’s lots of lasers and some big ships. But what makes Dual Universe interesting is how this is all set in an MMO galaxy where players aren’t spread out across multiple servers. Instead, everyone inhabits the same world—and Dual Universe has some impressive new tech that supposedly makes that possible without enormous lag.

What’s neat about the ship combat is that you can build your own ships from scratch or buy designs from other players. Bigger ships will require entire crews to pilot them and man their different weapon systems too, which is neat.

If you want to know more, you can check out Dual Universe’s website. The MMO is still very early in development, but you can buy your way into the alpha tests happening now. We’ve been intrigued by Dual Universe for a long time, so check out our interview with developer Novaquark.