Age of Wonders: Planetfall’s new faction is a bunch of angry, sneaky lizards 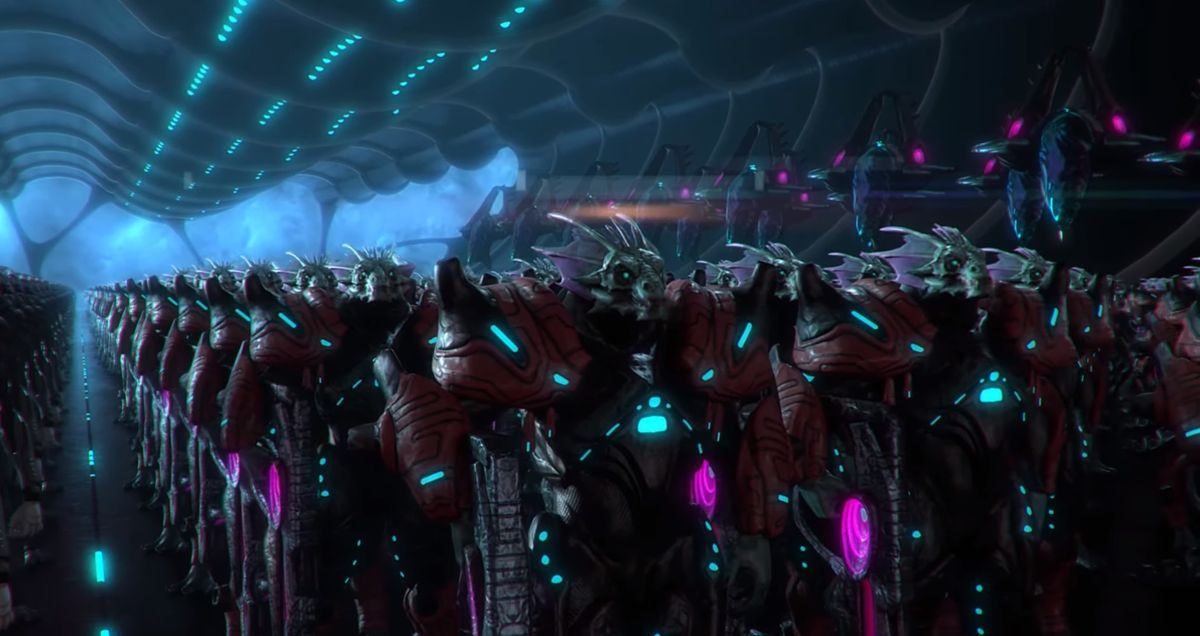 Lizards get a pretty bum rap in sci-fi and fantasy. They’re almost always angry, bloodthirsty, conniving arseholes, suggesting that a lot of writers have had some really bad experiences with scaly critters. Age of Wonders: Planetfall isn’t bucking this trend, introducing a new faction of unpleasant lizardmen, the shakarn, in the just-announced Invasion expansion.

While Planetfall’s other factions are just getting their bearings on a new world in a changing galaxy, the shakarn are established conquerors ready to ruin everyone’s fun. They want to take over everything, mostly by destroying all the other factions that might get in their way. They’re also joined in the expansion by some new NPC aliens, the therians, who  splice their DNA with animals to direct their evolution.

Along with more aliens to play as or fight, Invasions throws a pair of new campaign maps into the mix, along with a new game mode that tasks players with joining forces so they can take on another player who already dominates the world. Other campaigns and modes will be affected by new features, too, like pirate invasions, superstorms, solar flares and, in the late-game, the threat of a transdimensional army of invaders known as the voidbringers.

In our Age of Wonders: Planetfall review, Ian Boudreau called it one of the most entertaining 4X games he’s played in years, and while I’ve only played a couple of campaigns myself, I’m still inclined to agree. The tactical combat is great, the units are delightfully weird and massively customisable, and it sports some of the genre’s most compelling maps, full of diversions and interesting things to explore.

You won’t have to wait long for Invasions, as the expansion is due out on May 26.