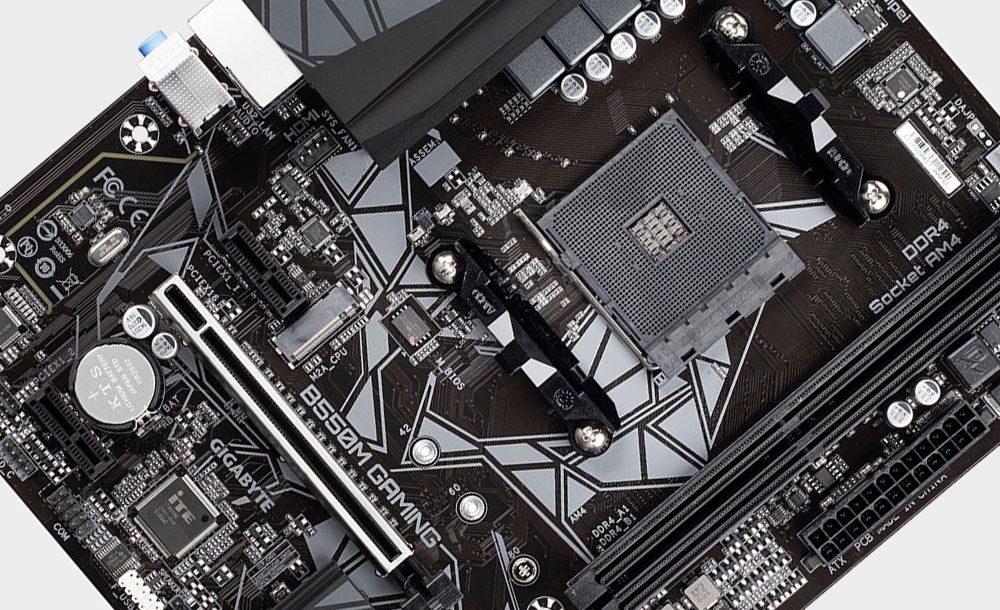 It’s been over two weeks since the first crop of budget AMD B550 motherboards landed at retail, but it’s mostly amounted to a paper launch so far. That’s the bad news. The good news is, motherboards based on AMD’s B550 chipset are coming, including some sub-$100 models.

The B550 chipset is a desirable addition to the Ryzen motherboard landscape. It brings with it some of the same features as AMD’s premium X570 chipset, including PCI Express 4.0 support. Blazing fast PCIe 4.0 SSDs are the primary beneficiary of the upgraded bus spec, but even without one, it’s nice to have the latest technologies when building a new PC from the ground up (or upgrading the core foundation).

You can also overclock on the B550 chipset, though your mileage will vary depending a variety of factors (the specific motherboard model, luck of the draw with regards to the CPU, cooling, and how experienced you are in the art of overclocking).

Curious where things stand, I took a look at several online retailers to see what was available, and didn’t find much. Or at least didn’t find much that was in stock and ready to ship. On Newegg, for example, I found just three models:

Several other models are listed, but they either sport an orange “Back Order” or blue “Auto Notify” button.

I found more affordable options on B&H Photo, though none appear to be in stock. However, a bunch of them are available to order. Expected availability on some of them is 7-14 business days (which could be a generic placeholder rather than a precise estimate), while others are simply listed as preorder items that are “coming soon.”

Some of the cheaper options include:

Out of those, only the Asus Prime B550M-A/CSM listing offers some exact clarity on when it will actually be available—it shows as July 8.

My hunch is that we will see a lot more options as being in stock over the next couple of weeks, so you should be able to build a budget Ryzen system around a B550 motherboard this summer. Until then, be careful not to overpay from a marketplace seller who has jacked up the price (I’ve seen a few those, too).