A Tintin videogame is in the works 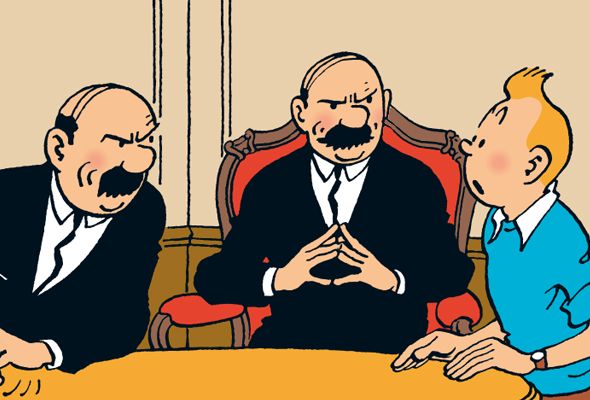 Hergé’s boy reporter/explorer hero Tintin, who appeared in comics from the 1920s onward, has also appeared in videogames ranging from a DOS-era sidescroller (Tintin on the Moon) to an adaptation of the actually quite good Steve Spielberg movie from 2011. French publisher Microids, responsible for last year’s Blacksad adaptation, have announced that they’ll be releasing a new Tintin game they’re calling an “action-adventure”, which will also feature characters from the comics like Captain Haddock, Professor Calculus, detectives Thomson and Thompson, and Snowy the dog.

According to Stéphane Longeard, CEO of Microids, “This really is a dream come true for us. The adventures of Tintin transported millions of readers worldwide and this opportunity will allow us to put our talents at the service of one of the biggest creators of the 20th century and its inked hero: Our team members are fans of the famous reporter and will do their best to pay this franchise a vibrant homage. We can’t wait to kick-off this project!”

In Europe, Tintin is a household name. Herge’s “clear-line” art style presented simple characters against backgrounds as detailed as architectural plans, highlighted by flat colors and a minimum of shadow. It was hugely influential on a variety of comics artists throughout the 20th century.