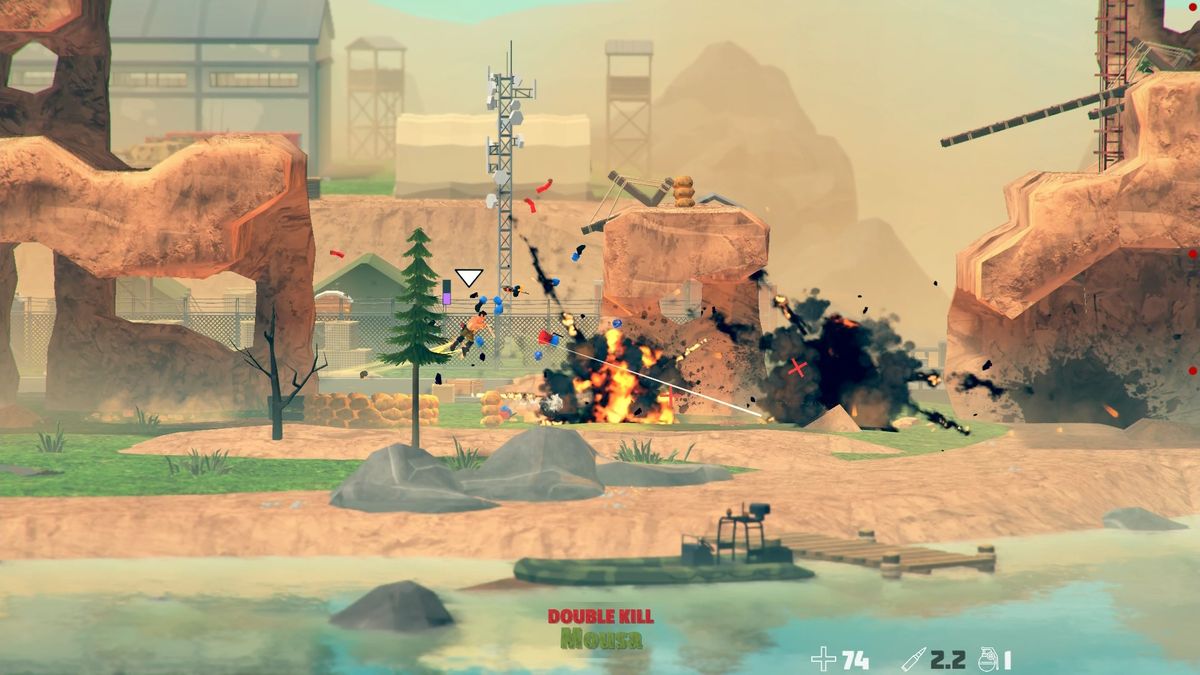 Sometimes it’s good just to switch your brain off and unleash a flurry of bullets as you not-so-gracefully fling yourself into the sky using a jetpack— that’s my experience after playing Soldat 2’s free demo. The 2D side-scrolling multiplayer shooter is a sequel to the classic original Soldat. The Soldat 2 demo and the original game are currently available to play for free via Steam.

Created by the same developer as the first game, Michal Marcinkowski, Soldat 2 captures the same bombastic chaos the series is known for. The demo for the sandbox battle simulator has two modes: capture the flag, and and one-man army that pits you against lots of opponents. You can also customize your little army man and, naturally, I decked my dude out in a hot pink helmet and matching pink jet boots.

You’re currently fighting AI in the demo but Marcinkowsk’s developer roadmap says that multiplayer access will launch in this year, along with a level editor later. A full Early Access build should be ready by the end of 2021.

Soldat 2’s Steam page says that the Early Access build will have customization and modding alongside procedurally generated levels, and its notorious ragdoll physics. When you’re done with the demo, check out the original game if you want a rush of nostalgia.