20XX, Barony, and Sword & Sworcery are free for the week on the Epic Game Store 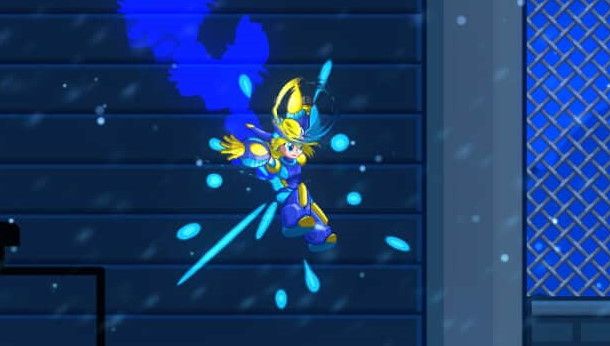 A fresh batch of freebies has arrived on the Epic Games Store, and if you were paying attention last week you already know what they are. And if you weren’t, I’m here to fill in the blanks.

First up is 20XX, a roguelike action-platformer that looks more than a little bit like Mega Man. That’s not accidental: A 2014 Kickstarter campaign for the game, then known as Echoes of Eridu, described it as “one part Mega Man and one part roguelike,” with multiplayer throw in for good measure.

Second is Barony, a first-person retro-roguelike about an undead lich named Baron Herx, who’s enslaved the idyllic town of Hamlet. Guess who gets to clean up that mess? (Hint: It’s you.) It’s inspired by games like Ultima Underworld, Daggerfall, and System Shock, and supports solo play and co-op action for up to four.

All three games are free for the taking until August 6, at which point Wilmot’s Warehouse will step into their place. And in case you hadn’t heard, Wilmot’s Warehourse developers Hollow Ponds and Richard Hogg are working together on a new project called I Am Dead, a lovely-looking puzzle-adventure game about a museum curator named Morris Lupton and his dog Sparky, both of whom happen to be deceased.

For more free stuff to play, be sure to check in with our ongoing list of all the free games you can grab right now.