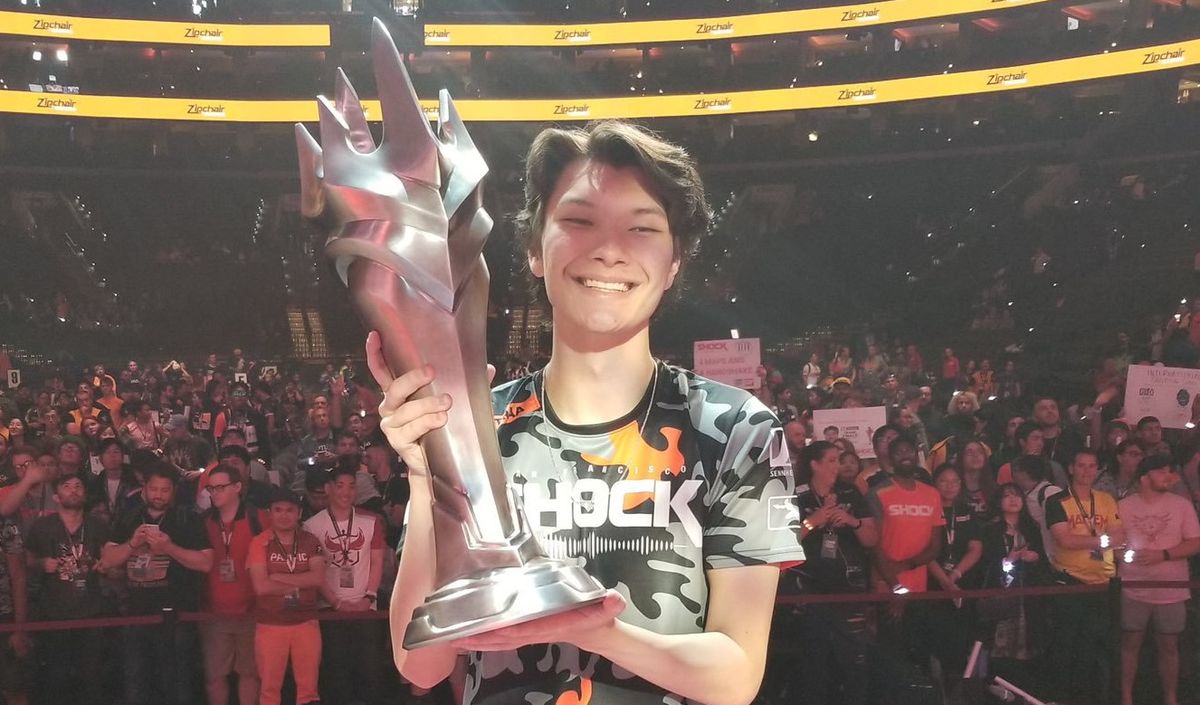 The San Francisco Shock crushed the Vancouver Titans 4-0 to claim the 2019 Overwatch League championship, largely on the strength of OWL MVP Jay “Sinatraa” Won, who as we reported last year “took matters into his own hands with a dominant Doomfist.” Now it appears that he’s taking matters into his own hands once again, but in a very different way, as ESPN has reported that he’s retiring from competitive Overwatch play in order to play Valorant for the Sentinels esports org.

While Won’s move to Valorant has yet to be made official, the Shock did confirm his departure from the team on Twitter:

He came, he saw and he conquered.Thank you and best of luck in your future endeavors @Sinatraa🧡 pic.twitter.com/XCyWSzN4UVApril 28, 2020

The Overwatch League also acknowledge his retirement in a statement. “The Overwatch League is a community first and foremost,” it said. “We appreciate the great play and personality that Sinatraa brought to the community, we’ll miss him, and we also wish him the best for the future.”

Won addressed his retirement himself in a message posted to Twitlonger, saying that he “lost passion” for Overwatch after the Grand Finals last year.

“idk what the real killer was for me but maybe it was 2-2-2 lock maybe it was bans im not sure… i just know it was hard for me to log on to play and i didnt have fun in scrims/ranked at all anymore. i did not make this decision in 1 day it took a full month of non stop thinking every day and sleepless nights from being so stressed. it fucking sucked but ultimately i wanted to do whats right for me,” he wrote.

“i wanna thank NRG/SHOCK and OWL for giving me a chance and making my dreams come true. (shoutout andy, brett, jaime <3) last thing, i just wanna say sorry to all my fans, fans of OWL, and everyone on shock. in the past month i did not give OW/OWL my all and it showed in scrims and even in OWL so im sorry.”

Interestingly, he did not confirm his move to Valorant in the message, but he did in a followup tweet:

fuck i forgot to mention im moving to valorant in this but i am so yaApril 28, 2020

The Shock’s parent company, NRG Esports, is assembling a Valorant squad of its own, according to the report, but because the Overwatch League does not allow retiring players to sign with organizations that are either parent or sister to a OWL team, Won isn’t eligible to play for it. Sentinels were previously involved in operating the Los Angeles Gladiators team, but withdrew from that organization in September 2019 following the settlement of a lawsuit with Gladiators owner Kroenke Sports and Entertainment.

A more interesting issue than the contract complications, though, is the potential impact of Won’s move on the Overwatch pro scene. Prior to joining the Overwatch League, Won was a Counter-Strike: Global Offensive player, according to ESPN, and so the move to Valorant, which bears many similarities to CS:GO, could be seen as a natural transition. But Won was one of the league’s most high-profile players, especially after his commanding play in the Grand Finals less than a year ago. Overwatch remains a massively popular game—and esport—while Valorant is still in closed beta, but even so the loss of such a big name has to hurt.